It could be argued that the need-to-protect sensitive digital data is greater than it’s ever been before. After all, there is now so much sensitive information, both personal and commercial, stored on computers these days that unscrupulous hackers must see opportunity after opportunity every time they switch on their modified laptops.

Of course, firewalls and passwords have helped individuals to mitigate these threats while commercial companies have been able to invest in robust ID systems and buy SSL to stay secure Indeed, it is fair to say that, for the most part, these time-honoured measures have worked rather well; still, that hasn’t stopped enterprising individuals (and seemingly bored engineers) from coming up with all manner of alternative data security gadgets.

While some of these gadgets are genuinely innovative, most – like the three mentioned below – teeter more on the bizarre.

Why use sneaky passwords or buy SSL to stay secure when you can simply clamp the lid of your laptop/netbook shut? Like a vice, the Elecom ESL-21 locks in place around the lid of your notebook PC, thus stopping any unauthorised users from being able to physically open your PC and access your sensitive data. Moreover, the ESL-21 also comes with a braided security cable which stops would-be thieves from snatching your device away when you’re not looking. So simple it’s genius, right? Perhaps, but would you really want to be clamping and unclamping your laptop every time you used it..? 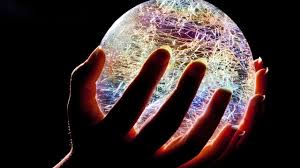 As with any Swiss Army Knife, you can pull out necessities like a torch, a knife, a nail file, a ball-point pen, a screwdriver, a laser pointer and some scissors on the Secure Pro in seconds. Unlike most other variants though, this particular bit of kit comes with one slightly unusual add on: a biometrically protected, self-destructing encrypted USB thumb drive. To access the encrypted data stored on the built-in flash drive, you need to swipe your fingerprint across the knife’s built-in, heat sensitive optical sensor (the heat sensitivity ensures only ‘live’ fingers will be recognised – severed digits won’t work). Be warned, the Secure Pro burns out its chips in spite if you try to open the flash drive’s case. Secure? Yes. Practical? No. Bizarre? Definitely.

Although it may seem a little unnerving to some, there is something very tempting about peering through holes. Don’t expect to see anything like ‘What the butler saw’ when you peep inside the Qritek IRIBO mouse though; all you get is an eyeful of light when you scour this device’s innards. This is because the light, in conjunction with a tiny little camera inside, scans your iris to confirm your identity and afford access to your computer. From the outset, this sounds like a good idea; it’s only when you forget which peripheral you’re using and put your laser mouse to your eye that the idea falls down…